There was a time that Bollywood movies were entertaining. They had plots, the actors were carefully picked for the roles and the songs had meanings. Oh, the nostalgia! I (personal view ) and I feel a lot of other Indians and viewers of Bollywood movies are thoroughly disappointed in the rubbish B-town manages to churn out each year. Apart from a few exceptions which somehow keep my faith in Bollywood, all the films that have come out are utterly outrageous, disappointing and ugh! so stupid.

Here are some reasons why Bollywood movies of today suck! –

B-town has come up with a new strategy. No longer is a plot required. A plot? Proper content ? Pssh! All one requires is a bunch of famous actors and actresses or if not, definitely good- looking ones work. There either is no plot or if one, it’s something so preposterously nonsensical that it works. If you cannot convince, why not confuse? At the moment copies of Hollywood work. No idea what to do? Blatantly copy a Hollywood movie, add some songs, add some actors. BAM! There’s a movie. There is no creativity really? 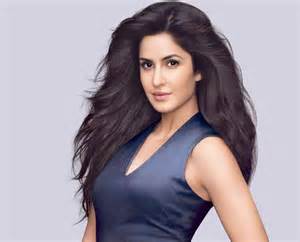 Gone are the days where actors had to work hard to get good roles. Now, a pretty face and decent dancing skills can make someone an overnight celebrity. Its no longer about acting. Pretty? Can dance? Done! The new starlet of Bollywood is here. One doesn’t even require the basic ability to speak in Hindi to qualify. And the result is in front of us. Movies are rapidly heading downhill. Actors like Katrina Kaif, and others, show us the depleting quality of Indian movies.

It is an acknowledged fact that old Indian films are full of clichés. Why is it that hardly any new movies in Bollywood have something different in terms of the story or even the way actors portray the characters? . If we do want to want to watch a good old cliché we might watch an old movie and enjoy it, definitely not pay to watch the same old blab in a new movie! It almost seems amusing that the hero always manages despite being gravely injured shower the audience with a grand display of love or patriotism. Does the actress always have to be self – sacrificing. Why is there so much needless nobleness, crying and all. Does the dying hero just have to come alive when the heroine comes running with her hair flying? The characters do have to get a little real now. 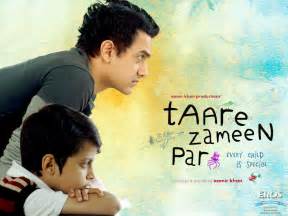 With movies like Phata poster nikla Hero, Himmatwala, Singham and others, It’s no surprise that the very magic of Bollywood is going. Movies now are all about bling , perfectly choreographed steps, and exotic locations. Where is all the meaning and messages lost?  Directors no longer feel that meaning or a message is important. IT STILL IS!!! When movies with actual messages like – Dangal, Taare Zammeen Par and others come out, don’t they see the amount of positive response? This is why Bollywood doesn’t even make it to the Oscar nominations anymore.

At the moment copies of Hollywood work. No idea what to do? Blatantly copy a Hollywood movie, add some songs, add some actors. BAM! There’s a movie. There is no creativity needed is there? This is really disappointing. Even if a little plot ideas are borrowed at least add and change some things. Movies that  just copy and paste cannot be successful!

At  the time of the Greeks melodrama was entertaintment. In the early days of cinema melodrama was enjoyable. It was even mildly tolerable till the mid 90’s . Agreed that movies like  Kabhie Khushi Kabhie Gham and others always strikes a chord with the audience even with their over the top drama but don’t you think it’s getting a little too much for the audience? How long will Bollywood show the same soppy drama with crying and tears and screaming and wailing. It needs to be a little real now. We all are tired of watching the same drama sequences unfold onto the screen again and again. It’s pretty predictable now isn’t it? Hate-love- villain-fight-hero dying- heroine hair flying and crying- all of a sudden becomes superman- happy ending!

I switch on the TV. It’s a dull day so I’m looking for some Comedy movies. I find one. Guess what?   Rather than make me laugh, these movies make me pull my hair off in frustration!  Dear Bollywood, it’s high time you understand what comedy is. Comedy is not, a dumb guy who cannot speak, it’s not an excuse for no story , and it’s definitely not awkward acting! I’ll take the example of ‘Houseful’, the humor (According to the directors) was that dumb guy who could not speak!   Now we have the third installment of the movie coming up ! Comedy doesn’t mean the lack of logic.  But no problem, it’s funny! Its’ actually so bad that it can make you laugh.

I can make a movie. Yes me, someone who isn’t even old enough to own a car, has (almost zero) talent in entertainment, can make a movie.  Why not? Movies now have the same unrealistic scenarios. It’s like using the same pizza base for everything.

Here is my brilliant story. And it’s no different to all the others

They meet for the first time. (The air suddenly turns violent just to blow their hairs). Then, another guy decided to drop in as a rival to the hero. The villain is their family opposing their marriage( que drama crying sobbing and screaming). A fight ensues between the goons of the villain and hero. Almost dying hero falls.(que running heroine plus energy force) Hero wins because, you know what, he’s no normal human. Pssh! Like, who obeys laws of gravity? The family is sorry and voila! Happy ending forever!

These are the new songs of Bollywood. Not just some random songs, but popular ones! Gone are the times of great poets and lyric writers.  Just hear the lyrics of the song- Kal ho na ho and compare it with any of the songs above.  I’m amazed at the crappy songs Bollywood is churning out each year. The songs are so bad that the movies could be 10 times better without the songs. The lyrics are so stupid ,and the dance sequences are completely unrequired.

With all of that said and done, I don’t mean to genrealise movies. There are plenty of Bollywood movies like – Dangal, Airlift,Neerja and others that are great. If only Bollywood would learn from these successful movies.