I came across Harry Potter at the age of 9 and before that my impression of Harry potter was nothing more than a book of horror or scary stories (probably due to the covers). While my cousin tried convincing me to read it I refused blatantly saying I didn’t want nightmares after reading horror stories of blood thirsty ghosts. Eventually on my birthday I received a coupon to redeem on books from my best friend who knew my love of reading. I read the blurb and picked up the first book of the harry potter series, deciding to try it out. I don’t remember why but that was the first book I picked and I chose it despite my previous misgivings.  I had (and this seems strange) no idea of the immense popularity of the harry potter books and therefore I read it as a normal book without ever realizing the hype behind it until much later.

And that was the start of the journey for me, from a person who thought of Harry potter as a bunch of scary stories to a die- hard fan of the HP series. Ron, Harry and Hermione became my best friends. No sentence was spoken at home without a Harry Potter reference. My door was decorated with the house emblems and Hp symbols emblazoned my notebooks. I bought a harry potter shirt and had an account at pottermore. I watched the movies hundreds of times. Even my parents and my sister knew all the incantations of the wizard world after hearing me recite them forever like a non-stop radio.

Later I decided to find more about the author and what others thought about the series. On the web I found many criticisms on JK Rowling’s writing and others saying that her writing held absolutely no originality and that the series were just hyped up way too much.

As a HP Fan, I absolutely refused to agree with this. I loved the series so much and others did too probably for the same reasons. Agreeing that I might have been a wee bit biased as JK Rowling could just write another article on Harry and I would read it. Despite all that, I definitely disagreed that HP had been hyped too much. Her books were loved and they have reasons for them as I have written below.

Unlike most fantasy genre books, where the kids end up having super powers and the books ending up over the top, HP is very natural. The magic fits well and the characters are not polished clichéd characters. They act normally and have normal feelings. Rowling has described their characters in a layered  and effortlessly realistic way. They aren’t picture perfect and they have their own flaws and make their own mistakes. They have fights, don’t talk to each other, get scared and get in trouble like everyone else-they aren’t the noble no mistake sort of people usually portrayed in books. Also they break the stereotypes of beauty and brain going together and the protagonists being flawless. Harry is scrawny with untidy hair and temper, Hermione has bushy hair, rabbit teeth and is very bossy, Ron is lanky, has a long nose and is sometimes stupid- they all have flaws and that is exactly why they are loved. 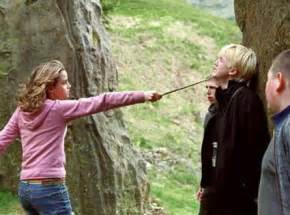 HP makes up for an amazing read and the credit goes not to JK Rowling’s writing, which is actually pretty straightforward and simple but to her originality and immense creativity. I remember while I had started the series, I was so surprised by her precise description of the wizard world that I was super sure that she was actually a witch who had to live as a muggle because she wrote Harry Potter (serious breach of Ministry magic laws!). She has not only written a book but created a whole world and the idea that it exists side by side with ours is so appealing and wonderful. And the instances where accidents are due to the wizards make me feel as if the wizard world might just exist in real. Maybe the creaks from behind my door were due to someone’s Floo powder mistake and not squeaky hinges.

Here again, Rowling is using literary riches from the past. Mirrors have a long history in folk legends. The power of a reflection can be frightening. The philosophers stone was actually a legendary object than early alchemists believed would turn metals into gold. Amazing creatures run rampant throughout Harry Potter books. Such fantasized wild things, come from children themselves, from their desires, fears, and projected wishes. The names used in HP come from ancient kings, constellations and monsters and fables. Spells and incantations are borrowed from different languages. This way different people find something that is part of their culture. 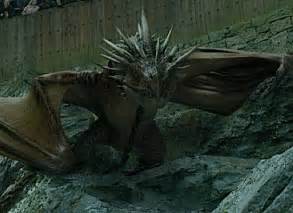 One thing I loved about Harry potter was that until I got my eager hands on the next harry Potter series, I had enough questions in my mind to ponder about. Rowling has woven an amazing plot since day one and that is why her books are such an excellent read. Each book lay a piece of the jigsaw down and reveals a little more and leaves plenty for the imagination of the reader. And when the last piece has finally been placed in, you see that it has always belonged there. Plenty of clues and small hints are filled in the book and it isn’t until the next thing happens that you realize the signs. And the pace of the book is perfect. No slow boring moments no hastily put adventure pieces- everything fits in snugly.

And last but not the least- the magic. Not just the incantation chanting magic that she describes beautifully in her books, but also the simplicity and charm of her words that reach and connect deep with the reader. Rowling has laid down a piece of her own magic in HP and that is exactly why it is so  well, magical.